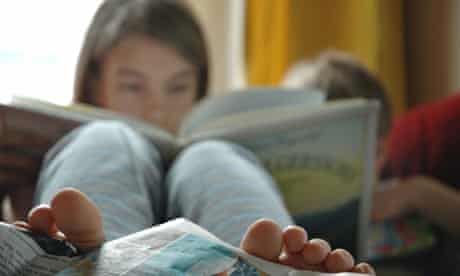 I have this issue with how I hear words, Gareth, a 31-year-old graphic designer, tells me.

“So for example, while I was growing up, it was really hard to tell the difference between the words ‘girl’ and ‘grill’ because the ‘ir’ and the ‘l’ kind of overlapped in time unless you spoke really slowly. My teachers were always just flabbergasted that I couldn’t tell.”

To most of us, it seems obvious that the “ir” sound in “girl” comes before the “l”, but for Gareth, like many dyslexic sufferers, a dysfunction in the processing of neurological signals relative to each other in time, means that the letters tend to slip.

This problem snowballs when it comes to learning to read. It’s vital to be able to hear the sounds of the words and associate them with a symbol before you can decode them on a page.

But like all neurological disorders, dyslexia is not a static condition. The brain has an astonishing capacity to adapt and overcome hindrances which may be present in our neurobiology when we’re born – an ability referred to as neural plasticity.

This process works through a combination of repetition and feedback, in other words, practising. It’s the same way a violinist gradually learns to find finger positions on the strings.

System is skewed against dyslexics

Through persistence, and repeatedly trying to hear the differences between words, Gareth says he’s overcome many of the problems he faced when younger. But he feels that the education system is skewed against dyslexics.

“From my perspective, the big problem is that schools teach everything by telling. A teacher tells kids, ‘here’s how the world works, here’s how you solve this type of problem – now go and solve problems just like it’. But that impedes deep understanding. And it’s even worse for dyslexic kids who have problems with language.”

Indeed, many researchers say that the biggest problem for dyslexic children is not so much their condition, but that the current system – with its emphasis on memorising facts and meeting fixed milestones at young ages – leads them to lose confidence and their willingness to try.

It’s something the Mind Research Institute in California is looking to tackle by implementing a new system of learning for primary school children. This revolves round interactive puzzles and games, which ask probing questions, and crucially, are designed to engage the brain’s natural learning mechanisms.

“This game-based format is a way of guiding them along a path, without having to rely on language,” says Matthew Peterson, a neuroscientist who founded the institute back in 1998.

“And it works because, from a neuroscience perspective, you really need to learn by doing. You need to be put in situations where you have to figure things out, learn from your mistakes, and that’s not happening. The principle goes back to Socrates. He says, don’t tell people things, ask them questions and leave them to build their own knowledge.”

Learning through doing connects the back lobes of our brain – involved in sensing the environment – to the cognitive, emotional, and memory networks in the frontal areas. This “perception-action cycle” is the driving force behind learning. And it depends on making mistakes, recognising them, and then adjusting.

“The education system right now is just engaging the perception part of the cycle,” Peterson says. “Kids are listening and watching, there’s no action going on.

“And for dyslexics, it’s pretty common to have working memory issues. Language adds an additional level of working memory which makes learning even more difficult. If you directly engage the perception-action cycle through activities, it has a tighter loop and requires less working memory.

Not just a reading disorder

For many years, dyslexia was viewed simply as a reading disorder, rather than a multi-faceted neurological condition that can combine auditory, visual and memory-based language difficulties. As a result, many of the programmes for dyslexic children were fixated on phonics and distinguishing between the smallest sounds (phonemes) that go to make up words.

Phonics are one side of a very complex story. It’s become increasingly apparent that dyslexia can manifest as a range of symptoms. These overlap with other disorders such as dyspraxia and dysgraphia because many of the same brain areas are involved.

“The phonics approach often leaves out the idea of semantics,” says Anna Pitt, a researcher at the Dyslexia Research Trust at Oxford University. “The more contextualized the concept or word the child is trying to remember or spell, the easier it is for them to learn, because they go by the understanding rather than the memory. And phonics only works for regular words. If you try to apply phonics to the word island, you’ll come out with is-land. To recognise irregular words when reading, you have to use your visual memory.”

Dyslexia researchers say that very often the visual aspects of the condition are ignored. These are more subtle but can be seen in the problems many dyslexics have with differentiating between the letters “b” and “d”. It’s common for dyslexic children to complain that words appear to move as they try to read.

The visual problems dyslexics suffer sometimes result from an inability to control the convergence of the tracking of their eyes. This is believed to be due to a malfunction in one of the brain’s visual pathways.

Some of these children can be helped by using coloured glasses or paper in the classroom to give them a more reliable representation of what’s on the page. A new programme has recently launched to help dyslexics learn to control their visual attention through classroom-based exercises involving body and eye movement. It’s based on the theory of embodied cognition, which suggests that improving motor control throughout the body can improve attention and problem solving ability.

“We’re learning that tackling the attention side of things is often getting to the root of the problem far more effectively than just working on spelling,” Pitt says.

“You have to be prepared to let children find a way which works for them. If you look at dyslexics like Einstein or Richard Branson, their condition forced them to challenge the norm and find a new way of doing things. Sometimes this results in a solution which is better than the regular one, leading to fantastic new ideas which is how society develops.”